All You Need to Know About Women’s Rugby

Have you ever thought about playing rugby as a woman or did you even know that there was such a thing as a female rugby league? Then this is the article for you! Ladies sports in general aren’t as well celebrated and televised as that of men's, which is why you have probably never thought about the sport until reading this article, or maybe you dabbled with it a bit during school Physical Education lessons.

This article has been put together in order to provide you with an in-depth look into the sport, covering all you need to know. From the struggles faced by previous women’s teams to how you can get involved today, whether it’s to try out for a team or to watch your local club play. 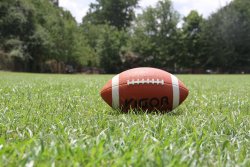 Records of rugby being played by ladies’ date back to the 1800s. However, back then contact sport was deemed improper for women and players feared backlash if it was revealed they were playing rugby. This is why most of the games back then were played in secret so the details about them are very scarce.

But what we do know is that in 1884 the first girl to play rugby was Emily Valentine, her brothers set up the school’s male rugby team and she trained alongside them in the sport. And eventually she ended up playing with the team for the school and scoring a try two years later. Plus, only a few years after this in 1891, documentation shows the first ever female squad was formed and took to New Zealand for a tour. This was unfortunately cancelled as the public were enraged at such a concept of an all ladies’ rugby team.

Moving forward, during WW1 ladies would play charity rugby matches and the first team to play in front of a large crowd were Australian. Shortly after their first match they received considerable pressure from the police which meant that they never played again. There are also records of a French sport called Barette which was played so similar to rugby and this was well supported by male sportsmen. But unfortunately, this was only popular for 10 years before it was shut down.

During the 1960s we saw rugby increase in popularity amongst female players and spectators. This first began within the Western Europe universities who formed their own women’s teams and played against their male counterparts. It was only when the university students graduated and carried on playing, that the sport became widely known as an adult game and started to grow. And up until the 80s female rugby was spread globally and most countries were embracing a fresh look at the contact sport.

Within Britain the Women’s Rugby Football Union was formed in 1983 to house all of the teams across the country. After this it saw a number of countries create their own leagues and unions until most of the continents worldwide had some form of women’s rugby squad which was excellent considering how frowned upon it was in the past.

After this success we saw the first lady’s rugby world cup scheduled alongside a number of tournaments form from there on out.

About the Current Leagues and RFUW

Established in 1994, the Rugby Football Union for Women was established to govern the sport across the country. And within this union there are five levels of competitions which either contain a number of clubs or leagues. The levels are listed below along with their team components:

Get Involved – Spectate and Play 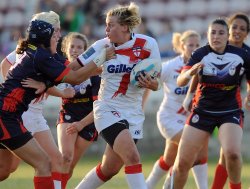 Rugby is a fun and social activity for all and can be carried out in a number of ways. Whether you want to get involved with your local team or purely want to watch, you should most certainly delve into it now if you are considering it.

Most towns or even universities will more than likely have their own women’s team when it comes to rugby. Which means that there is sure to be a club local to you which you can get involved with. All you would need to do is simply check online to see what fixtures are scheduled for a club near you and purchase a ticket if you want to watch.

However, if you want to practice the sport yourself, most squads or gyms run a training programme to help you get to grips with all the techniques you need. You can also play this recreationally with your friends on an open field, this can be easily done at only the cost of a rugby ball.

Within women’s rugby there are a number of highly skilled female players within each of the leagues, and below are just a few of the significant ones which are worth keeping note of:

Connect with us over on our social media platforms where you can chat to us and other fans about women’s rugby along with a variety of sports. We would love to know your opinions on the game itself or even if you currently play in a rugby team, get in touch!

Don’t forget that you can also browse through out online store – Sports Fitness where you can stock up on all of your rugby essentials to aid you on your quest to discovering the joys of the game.

This article was written exclusively for Sports Fitness by Loren Astbury.