What is Barre Fitness, and Why Do So Many People Love This Workout?

Sometimes, it can be challengingto keep track of all the many fitness fads, crazes, and classes that are out there — especially when they all have unique names. From Zumba and Peloton to Pilates and more, there are tonnes of classesvying for your attention. In your daily commute, have you noticed locations which advertise themselves as "barre studios"? Perhaps during a visit to your gym,you saw such a class advertised and wondered: what is that all about? It can get your curiosity up, especially when you start to hear things about how it involves training your body like a ballerina. How could that be a gateway to better physical fitness?

Barre is not a new phenomenon, and its popularity is well-established in many locales around the world. However, as more people continue to turn to fitness classes as an easierway to improve their bodies rather than choosing self-guided fitness, its gaining followers again after several years of steady growth. Focused around "the barre," that is, the handrail most commonly associated with ballet studios, this is a workout that will push your muscles to the limit while also being a fun and community-focused activity. Could this be the right exercise for you to try? Here's what to know about barre, from how it came to be to where you can find opportunities to tryit for yourself.

The basics of barre: how it started

The story of barre workouts begins more than half a century ago, and it centresaround a woman named Lotte Berk. A German ballerina who honed her craft to the backdrop of the rise of Nazi Germany, she emigrated to England with her 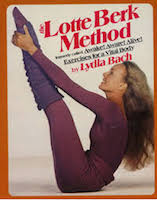 husband before the beginning of the war. While living and performing in London, Lotte injured her back, requiring an intensive regimen of rehabilitation on top of her demanding physical conditioning routine. During her initial struggles to reconcile the two, Berk had a breakthrough: why not combine both forms of exercise into something that could help others, too?

From the basement of her home, Berk began accepting students and teaching others about how to use the barre as the focal point for a workout that strengthens the body. From there, students of Berk's went back to their homes and began to spread the benefits of barre workouts to others. An American named Lydia Bach started her ownclasses in the USA after experiencing the program first-hand from Berk. From the first studios that opened in the 70s to now, barre has remained consistently popular as a different spin on the typical workout class. So, who are all the people signing up for and trying these ballet-inspired group fitness activities?

Who is best suited to trying barre?

If your initial concern is that you won't be able to handle a barre workout because you think it's similar to ballet, think again!Though balletmay have inspired barre, and the handrail is certainlythe same as dancers would use, your classes focus on some basic exercises that primarilyrely on your ownbodyweight for the resistance necessary to make it challenging. In other words, you don't need to have dancing experience 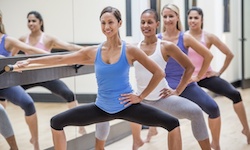 or a gift for coordination to be able to succeed in a barre class. In fact, barre is an excellent class for beginners in fitness, making it suitable even for some younger pupils.

What about those who aren't exactly a "spring chicken" as the old saying goes? The fact that barre gives you a handrail to hold onto and makes it the central point of almost the entire activity means that older individuals can enjoy this, too. For those with balance issues, the handrail is a majorbonus. When you want to strengthen your muscles and improve your ability to stand, enrolling in a barre class can be an importantstep to take. You should always discuss your plans with a doctor first, of course, before you begin any new exercise. Some barre classes include certainmovements and exercisesthat can place a greaterlevel of stress on your back and your knees, which may lead to pain or potential injuries for some. Therefore, it is importantto consider the nature of the individual class, too.

The big benefits you'll find in these classes

The bends,flexes, and other movements commonto barre mean that you give many muscle groups an intensive strength training workout. Nowhere is that more evident than in your core; after your first few sessions, you might need a break to let the soreness subside. Because barre uses something called "isometric" movements, you're able to flex and work out muscles that you don't often use. The result is a more robust, evenly distributed level of development which can provide you with attractivemuscle tone and enhanced core strength. 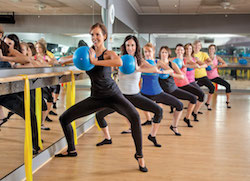 Barre exercises also help you to become more flexible; after all, its ballet roots must count for something. By routinely stretching your muscles, you also keep them limber. That allows you to move more easilyand with less pain in day to day situations. With the overall low-impact nature of barre and the increasing focus many studios place on a safer, injury-free workout environment, you can use these activities as a reliable way to strengthen your body. When used in conjunction with aerobic workouts and other fitness activities, it can provide you with a balanced approach to exercise.

Why this fitness routine has exploded in popularity

It's easy to look at barreand think that it's popular just because it's a low-impact exercise and the explosions of studios havemade it simpler to sign up for a class than ever before. While that's undoubtedlytrue, there is more to it than that. Barre exercises are extremely easyto learn, though they can take a few sessions to master. They also don't require you to purchase any specialisedequipment. The low barrier to entry and welcoming nature of the classes make it an appealing choice for many people.

Barre classes don't take a large chunk of time out of your day, either, nor do they leave you so drained and exhausted that you'll feel unable to carry on with the rest of your schedule. There are even do-it-yourself barre classes you can put on for yourself at home. Justinstall a barre in a room in your homeand follow along with streaming video tutorials and you can strengthen your body without the need to travel to a class! Because it’s simple to begin and doesn't require a great deal of physical fitness as a prerequisite, millions of people have found it to be an accessible way to exercise.

Where can you get started trying it for yourself?

Okay, so maybe you don't have the space, the time, or the inclination to set up a barre studio in your own home. Where should you go if you want to try it out for yourself? The first thing to do is to look for a local studio you can visit. These may be independent instructors, or it could be a chain location. There are several popularbarre brands out there these days, including BarreCore and BarreConcept. A membership with one of these organisationsallows you to access all their benefits in a clean, safe, and professionally-led environment.

Of course, you could always look to partner up with a personal trainer in a gym who has qualified in barre instruction. Many gyms have installed the handrails in sections of their buildings to encourage barre fanatics to visit their locations. Keep your eyes peeled for adverts for local barre instructors and other opportunities if you're interested in giving it a try.

Train like a ballerina and strengthen your body gracefully

After just a few classes, many people who try barre find they're already feeling stronger, more flexible, and more energised. With the possibility that you could meet new friends in your class, the easy access to fitness studios offering these workouts, and other benefits, it's not like your typical workout. Whether you justwant an option for staying active with a busy lifestyle or you choose to incorporate barre into a broader workout regimen, the effort will pay off if you stick with the program. Why not fire up your favouritesearch engine and see if there are any barre studios near you right now? You could be trying this out for the first time tomorrow!

This articlde is exclusive to Sports Fitness, shop with us for all your gym gear including exercise tights, tops, and accessories.