The Must-See Men's Cycling Tours of 2018

Watching athletes perform at the peak of their ability on competition with another is an activity that simply never gets old. It is why the Olympics enjoy an enduring popularity, and it is why many of the world's most popular sporting events have been running for decades or even more than a century. In bicycling, the same is true ? and the most prestigious events worldwide are all the many cycling tours and races that go on throughout the year. Gruelling tests of endurance, these races can be as short as one day long or as long as a multi-stage, multi-week race that pushes the physical limits of its participants. 2018 has another full calendar of events that will take place throughout the year, and some of these are absolute must-see events for any cycling enthusiast. We all know about some of these, such as the Tour de France, but what about the others that you should know? For those who enjoy following the world of men?s cycling, there is a respectable slate of tours to consider this year. Let's take a quick look at some of the must-see men?s cycling tours of 2018, and pull back the curtain to see just what makes them such popular attractions.

One of the first major classic races of the year, the Milan-San Remo tour takes place every March in Italy. Running for more than 110 years now, it first began in 1907 and has seen its popularity endure over the decades due to the flat terrain over which the tour takes place. Clocking in at nearly 300 kilometres, this single-day race is extraordinarily challenging and punishing just for the sheer distance it covers, with the race often taking eight hours or more to complete.

Raced in a snowstorm in 1910, it has been famous ever since as one of the first challenging tours of the year. Because the course largely runs along flat ground, it is known as a race that is especially kind to sprinters, rather than endurance cyclists. The result is often a pulse-pounding finish when a few of the riders break away from the pack during the last leg of the race, making a mad dash to be the first to the finish line.

The Tour of Flanders - 1 April

Known as one of the major "Cobblestone Classics," this tour obviously originates from in and around Flanders within Belgium. Initially run all the way back in 1913, this is another race that recently celebrated its 100th anniversary. The history behind this ride is a major part of its draw; it has run for so long it is now seen as a rite of passage on the cycling circuit, and its challenging terrain draws riders from around the world every year.

These features also give it the distinction of being one of the "Monuments" of cycle touring, denoting its place of importance and prestige. With a course that demands a highly strategic approach, its combination of narrow passages, cobbled roads, and staccato hill climbs means it tests every ounce of a cyclist's mettle. It's one thing just to complete the race ? it's another entirely to know how to approach the course and find ways to attack the lead position. For spectators, it's an annual treat that brings out tens of thousands. 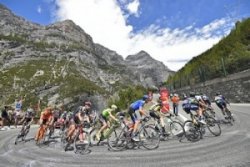 As the year progresses, the number of single-day cycling races drops as we begin to see the rise of the multi-day stage races. These tours not only break up a race across many days and much longer distances, but they draw bigger crowds as they watch the riders fight for a dominant position.

The Giro d'Italia, which takes place along Italy and crosses into some nearby nations, is known primarily because of its punishing mountain stages. Riders must pass through both the Dolomites and the Alps, and the spring weather can be extremely unpredictable. Foggy, low-visibility days often join up with snowy conditions to create a tough ride. The climbs and aggressive downhills are a part of what makes the Giro d'Italia an exciting race for spectators.

The addition of time trial stages, where riders race the clock rather than their fellow competitors, also makes for entertaining watching. Riders may grow especially daring if they know they are only a few seconds off the lead ? and with the gorgeous Italian countryside as the setting, this isn't one to miss.

Heading into the summer, we begin to reach some of the heaviest hitters on the cycling tour circuit. The Tour de Suisse, founded in Switzerland in 1933, takes place only a month before the Tour de France and many consider it to be an important barometer for one's performance in the latter race.

As a result, it too is a major event that draws plenty of crowds. It features an individual time trial stage and a number of mountain climb stages that place in the serenity of the Swiss Alps. Riders who want to be able to compete at the highest level must be able to conquer the Tour de Suisse without falling to the difficulties encountered across its nine stages. With pre-race events that include allowing hobbyist and amateur riders to try tackling some stages of the course themselves, it's a fun event that allows enthusiasts to spectate and participate in their favourite sport. 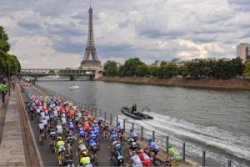 This is it ? the crown jewel of cycling. It has everything: flat stages for the sprinters, mountain stages for the climbers, and brutal time trial phases where every second matters. Taking place across a massive 2,000-mile long course in France, the first week is all about flat riding. Then, as the ride ascends into the mountains, the crowds increase, the party-like atmosphere comes alive, and the competition draws eyes from viewers around the globe.

Why is this such a big event? It's easy ? not only is it challenging, but every cyclist around the world recognises it as the universal decider of who is the best in the sport. Think of it as almost like a World Cup for cycle touring and you can begin to understand why so many turn out to watch the Tour every year. With big personalities among the racers, too, it's easy to get caught up in the excitement.

With the Tour de France in the history books and the weather beginning to turn unkind again, fewer major races take place towards the latter part of the year. However, this race in Spain ? comparable in length to the Tour ? challenges riders seeking redemption after unlucky turns in France. With some of the most difficult mountain climb sections in all of cycle touring combining with the punishment of the late summer heat, it's not a race for the faint of heart.

More than a dozen stages mean there is plenty of room for spectators to find a good spot to watch their favourite riders. With the Road World Championships right around the corner, some cyclists consider this race a "warm up" to ensure they're ready to compete. Though it is a younger race, it continues to grow in popularity, especially due to the diversity of the terrain found along its usual route.

Which tour will grab the most of your attention this year?

Though these six races are among the biggest and most prestigious in the world, they're far from the only ones out there. In fact, there are dozens of other major tours all around the world each year, and 2018 will be no different. If you simply can't get enough of the excitement that you feel watching these races, there should be no shortage of events to enjoy. If you can, try to see one of these events in person! Watching the huge mass of cyclists all jockeying for position and competing harder stage after stage is a thrilling sight and one you won't soon forget. Who knows? Perhaps you might even be inspired to start training to try some type of cycling tour for yourself someday. In the meantime, you can still enjoy wall-to-wall coverage of the Tour de France and many other amazing events.

This article was written exclusively for Sports Fitness, an online retailer of sports and fitness clothing and accessories where you can shop for cycling clothing, and other essential bike gear.