How Age Affects Your Running Ability  And How to Adjust

Show up at a marathon or a major running event and look at the people gathering at the starting line. What's the defining characteristic of the group in front of you? "Diversity" is probably the best answer. Runners young and old alike show up to events like these. However, the fastest runners and the winners of these events are rarely older individuals. Why is that? Is it just because they aren't putting in as much time in training as the younger participants? That's not likely so ? it takes a lot of work to be able to run a marathon no matter your age.

Instead, it's more of a fact of life: as we get older, our ability to run faster begins to degrade. Running abilities develop and change considerably over our lifetimes, and that isn't necessarily a bad thing. What it does mean, though, is that we need to be mindful of these changes and adjust our routines and fitness efforts as necessary. An individual who goes running regularly in their 50s will have different considerations to make than someone in their 30s. With that in mind, let's break it down into decades and look at how age and running intertwine. 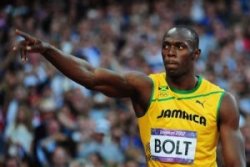 Running in your 20s: the benefits of youth

For young people, the sky is practically the limit when it comes to running. Most runners reach their absolute peak condition in their 20s over short distances, though some individuals peak later in life and can continue to pick up long-distance speed into their 30s. When the body is young, it maintains an incredible resiliency when you eat right and maintain a regular exercise regimen. Injuries can and do sometimes occur, but in most cases, recovery times are short, and you are often able to return to running again in no time at all.

In your 20s, your body can undergo several different improvements. You can combine strength and cardio training to develop excellent running abilities. Usain Bolt, often cited as the fastest man in the world, won many of his most prestigious medals and awards as a runner in his mid-20s. Though you don't have to work as hard as someone competing on the world stage, a reasonable level of effort can create good running abilities.

At this age, your ability to improve your VO2 max also has a high ceiling.Your VO2 max level is the highest amount of oxygen your lungs can process and pump into your body during strenuous exercise. The higher your VO2 max level, the longer and harder you can exercise without severe fatigue. Combined with the body's overall youth and its elasticity, this is a recipe for success.

However, it's important to remember to rest and not to push one's self too hard. Runners in their 20s who don't balance recovery with training can side-line themselves for longer. While you can recover from your injuries, you could lay the groundwork for more serious problems later in life.

Hitting your peak in your 30s 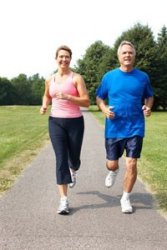 Do you really peak in your 30s? We'll touch on what effect your 40s have on your abilities next, but this is the burning question many people want to know. The answer is that for most people, yes ? you will crest in your running abilities somewhere in your 30s. That doesn't mean that your skills and your times will start to sink like a stone after that. Instead, you're more likely to hit a plateau that becomes ever-harder to escape.

By this time, though, runners who started years ago often begin to shift their focus away from gains and more to goals, such as consistent training, marathon running, and more. If you're just starting out, though, don't worry ? you'll still have a long journey ahead of you to reach that point.

Injuries tend to stick around a little longer at this point in your life, too. Battling back from them takes more time, and so it's even more important to know your limits and plan accordingly. Your tendons begin to lose their elasticity at this stage in life. As a result, you lose some power in your stride, and if you overexert yourself, the risk of a tendon-related injury increases substantially.

Recovery time plays a crucial role in pushing yourself to your peak during this decade of life. Some of the most accomplished long-distance Olympic and marathon runners achieved their greatest wins as they neared 40. That should be an inspiration to everyone in their 30s to keep on pushing towards the next goal.

Making adjustments to run in your 40s

It's unfortunate, but all the research seems to agree: once we hit age 40, we start slowing down as a matter of course when it comes to running. Based on some of the most comprehensive studies, it's estimated that a runner can lose between 1 to 2% of their speed (regarding their mile time) every year. That adds up to a few seconds in the short term but can mean minutes over the years. When you spent so long working to shave that time off, it can be disheartening to feel like you're slipping backwards despite a strong effort.

It doesn't mean it's time to give up, though. Instead, runners in their 40s should look to strength training to maintain some resiliency and to work out muscles, tendons, and ligaments that you might have otherwise neglected. By making the right adjustments, you can slow down the decline in ability ? though you can't avoid it forever.Soreness lingers longer, and if you do injure yourself, count on being stuck on the couch for a few weeks at least.

However, if you ran before your 40s and developed good fitness, you'll find a lot of the most important physical stats stay roughly the same. Your heart rate and VO2 max levels can actually remain resistant to decline for years. Think of it this way: you set a high bar for your body earlier. Now it takes that level as your "normal" baseline ? and that can translate into good health overall. That said, it's still a "use it or lose it" ability, though rest and recovery times will need to lengthen once more. 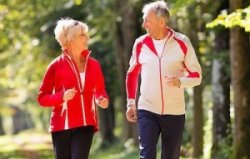 What to understand about running when 50+

There's no reason not to keep running as you age unless a doctor tells you to switch to another form of exercise. However, you should no longer focus on pace or even total mileage as much as in the past. Your body will now be slowing down in earnest, and managing your health is most important.

That means avoiding injuries, especially as past problems will now more often manifest with pain. It's not until your late 50s that you'll start to see fewer of your peers showing up for races, though, so there's still plenty of competition out there to keep you striving for the finish line. Some individuals continue to run into their 60s and even 70s ? but the loss of muscle mass is an irreversible part of ageing, and by this stage, you may have lost up to 40% of the muscle you had in your youth.

As a result, running every day is neither feasible nor advisable. To continue safely enjoying the sport, many choose only to run every second or third day, resting the remainder of the time. Surprisingly, some very senior runners continue to compete even into their 80s! While that's an extreme goal, it's important to remember that life doesn't end in your 50s ? so keep on running.

Everyone can continue to enjoy this excellent exercise

For young runners, it's never too early to think about how you might change your routine later in life. Knowing that you'll have to adjust eventually makes reaching that point easier; remember, some things about ageing are simply out of your control. No amount of practice can make up for the fact that when we are young, our bodies can simply do more and take more punishment in the process. At an older stage in life, it just makes good sense to do what you can to avoid injury while maintaining your level of fitness. While you may slow down, why stop? You can keep on running for years!

This article was written for Sports Fitness, an online retailer stocking a fantastic selection of running clothing and accessories f0r runners of all ages and ability. Follow @SportNessUK