Five Types of Boxing for Fitness 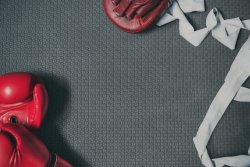 Boxing for fitness has increased in popularity over the years due to its strict technique and emotional release which allows people to work out and build muscle too. Under the umbrella of boxing there are a number of exercises and disciplines which you can explore. So, if you are looking into adding boxing into your fitness regime, then you can read this article to find out which technique appeals to you most. Here are just five different types of boxing which we are going to explore further below:

To begin with we are going to look into one of the most popular practiced type of boxing which is very versatile. Kick Boxing is a type of combat sport which combines a variety of stand-up strikes such as kicking and punching with karate and boxing to create a cohesive workout. Not only is kick boxing a great way to keep fit with a group class or one on one, but it can also be used as a form of self-defence too.

Perfect for warming up for a fight, Shadow Boxing is the ideal way to prepare and warm up your muscles for one on one combat. Shadow Boxing is a technique mainly used in training sessions for athletes to perform prior to fights to ensure that their body is fully prepared for the match ahead. It is also a great way to keep fit and you can carry out the general boxing moves such as jabs and hooks at home or in the gym. This exercise routine is used by many to condition and improve muscle strength, you can do this with a boxing bag or by yourself to feel the full effect of your strikes.

As stated in the name, Mixed Martial Arts incorporates a wide range of fighting techniques into one cohesive sport. A variety of moves used in Muay Thai, kickboxing and regular boxing are modified for the matches so that they coincide with the rules. The techniques used in MMA fighting include leg kicks, takedowns, grown control and submissions. Due to the wide variety of moves and fighting techniques use the sport, this is what draws a number or people to spectate and take part in MMA fighting. However, the complexity of the variation styles means it could take time to master.

Next we have Muay Thai. Muay Thai originated in Thailand and goes by the name of the ‘art of eight limbs’. The sport gets this name because of the stand-up striking and clinching techniques used in the fight which combines the use of fists, elbows, knees and shins. Making its way to western countries, this sport was introduced in the 20th and 21st century when Thai fighters competed in kickboxing matches with mixed rules.

Lastly, we have Savate. Savate is a combat sport which originated in France as a form of street fighting and combines English boxing elements and graceful kicking techniques to create this one on one exercise. In this sport you can use both your hands and feet to contact your opponent. Although, you are allowed to kick your opponent, you can only use your feet to strike – unlike Muay Thai and the kicks are kept low and never target the groin. In traditional Savate practices they wore heavy shoes and boots due to its military origin.

How to Get Involved

Now we have discussed the five main types of boxing, here is how you can get involved. You would need to have a look online or ask around your local gym or boxing facilities to see what they have to offer. Usually you can sign up to group classes for beginners or more advanced classes if you have already explored that sport previously. And if you wish to pursue it, there are often one on one training sessions with a qualified coach available.

Throughout this article we have explored the five most popular types of boxing and how you can start practicing them. If we have inspired you to give a specific type of boxing a go, or you already have mastered the technique, let us know over on our social media pages as we would love to chat! Don’t forget that you can also stock up on all of your boxing gear on our website – Sports Fitness.