Changes to the Worldwide Badminton Rules

Earlier this year it was announced that there would be major changes to the professional rules of badminton worldwide. Since the release of these adjustments, the sporting world has been in uproar at the fact these new amendments could change the way badminton is played professionally drastically.

Therefore, within this article we are going to have a look at the rules in question and how the changes would affect athletes. So, if you want to find out more about how these new rule changes can shape the way we watch and play badminton, then keep on reading. 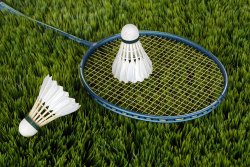 In 2018 the rules listed below have been updated, however in this section of the blog post we are going to look at what they were implemented as prior to these enhancements. Below are the three rules how they were enforced previously:

Changes Made to Each Rule

Now we have explored the original rules for the badminton competition community, in this part of the article we are going to see how these have changed as of 2018/2019. Here are the three amendments to the rules listed above, along with an additional implementation:

What this Means for Players

So far in this article we have taken a look at the rules which have been amended and what those changes were. However, now we are going to explore what these rule updates means for the professional athletes when competing in badminton tournaments.

To start off with, the change in height of the serve means that all senior and novice players would need to adjust their technique to make sure they are performing correctly according to the new guidelines.

By choosing to change this to a set distance from the court floor, this would help to improve the consistency of all player’s serves along with making it farer. It would make it a level playing field for all contestants as the original rules would alter the height of the serve depending on how tall the player was.

But, by adjusting this to a regulated height, they are able to ensure that the serving technique of all players are streamlined. Although, as mentioned above it would cause a fuss with players having to alter their fine-tuned serving technique, the rule has been adapted to improve the accuracy and fairness of the game overall. But unfortunately this would put shorter players at a higher advantage as they are used to serving lower than those of a taller height who would need to alter their form drastically to conform to the new rules. Therefore, this rule alteration has one of the biggest effects on the professional athletes.

What brought on the change of the scoring system was that the BWF felt that it was important to enhance the commercial value of badminton by splitting the game into a best of five format compared to their previously designed three game structure. This new rule change would affect players stamina and focus throughout for a great period of time while this new structure is in place.

Players are used to having three rounds where opponents aim to reach 11 points before having a coaching break for advice on their technique and plan of action. However, with this rule change we will now see athletes play five rounds aiming on reaching the total of 21 before venturing onto the next game. And in terms of determining who won, the player with the highest total of wins out of the five matches played will be victor. Therefore, with this update to the rule we may see badminton games last much longer than normal.

In relation to the coaching breaks mentioned above, a reduction in these was not welcomed by athletes. Players use these scheduled breaks in between their three games to gain valuable knowledge from their coaches along with a pep talk to improve their moral and focus whether they are ahead in the scoring or not. Therefore, by seeing a reduction in the on-court coaching breaks, players would have to use their own initiative and self-reassurance on the court to improve their focus and confidence during the game.

And finally, the new implementation of the mandatory participation has coaches and players concerned about their health and recovery. The rule states that the top 15 male and female athletes would need to compete in 12 tournaments during the season otherwise they will be charged a fee for not reaching the required quota of match participation.

This has the medical staff of coaching teams rather concerned about the welfare of the top athletes as the 12 tournaments will see their time of recovery reduced dramatically to become almost non-existent. This would also mean that if a player is suffering from an injury they will incur a charge if they are not able to complete the 12 required matches. Therefore, this is guaranteed to put a strain on the badminton community as athletes cannot afford to miss the quota due to injury.

Do You Approve of These Changes?

In this article we have explored the alterations to well established badminton rules. Do you agree with the adaptations to the scoring and technique of the game after these rules have been implemented? Have these changes affected the way you play? Get in touch with us over on our social media platforms where we would love to know your thoughts on these major changes to the professional badminton scene.

You can also shop our fantastic range of badminton equipment and accessories over on our online shop – Sports Fitness. 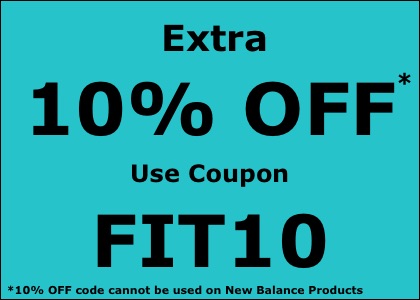