February 2016 brings the 50thincarnation of the Super Bowl, so it goes without saying that American football is dominating the sporting headlines right now?even outside of the United States. But how did this sport develop, and how is its history tied to association football? Read on for a brief history of the American football tradition.

The first "official" association football game was played in December 1863 in England after the Football Association met for the first time and decided on a formal set of rules. Rugby football?which can also be linked to the development of American football?also traces its origins to early to mid-19th century England. Unsurprisingly, American football (also known in some circles as "gridiron football," or commonly as just "football" in the United States) developed as a sort of hybrid between these two games.

Before they were professional sports, both soccer and rugby developed as games played at public schools and universities. Notably, the "Cambridge Rules"?which were authored at Cambridge University in 1948?were a template on which the FA built their "Laws of the Games." Similarly, American football began as a college exploit, with schools like Princeton, Rutgers, Harvard, and Yale among the first adopters. These college competitions began around 1869, but at the time, there was no official document illustrating the rules of the game. As a result, different colleges were playing slightly different variations of a football-like game. The first recorded intercollegiate match in the United States was a contest between Princeton and Rutgers and saw the two teams playing a game that was, for all intents and purposes, soccer. 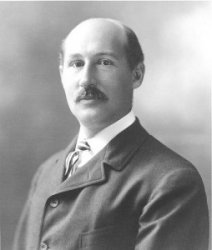 The schools had even adopted their rules based on those established by the FA in London. Harvard, on the other hand, were playing what they called "the Boston Game," a variation on association football that blended the rules of soccer and rugby for a hybrid sport that was neither. The McGill University of Montreal also had a rugby-style variation of the game that influenced Harvard's. It wasn't until a match between Harvard and Yale, though, that the rugby-style of football began to gain traction beyond just a few schools. Yale players and fans loved Harvard's twist on the game?particularly their team captain, a student named Walter Camp.

The Birth of Football

It was Walter Camp who would prove most influential in deciding the course of history for football in the United States. In fact, Camp today is often remembered as "the Father of American Football." In addition to being Yale's team captain, Camp was a founding member of the Intercollegiate Football Association, a newly formed organization that was tasked with finally establishing a standard set of rules for college football. Influenced by Yale's game with Harvard, Camp steered the IFA's rules board in the direction of a rugby-influenced game. Looking back, it's truly remarkable how much Camp's ideas formed the backbone for gridiron football. The Yale captain came up with the idea of a "quarterback," built American football's unorthodox scoring system, and invented both the downs system and the line of scrimmage. When audiences watch the Super Bowl today?or, for that matter, any game of professional or college football?they are watching Camp's ideas and rules come to life.

The Development of the NFL 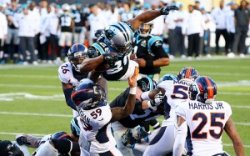 After helping create the rules of American football, Walter Camp became one of the sport's first great coaches, coaching the Yale team from 1888 to 1892 before moving on to Stanford. The expansion of college football led, naturally, to the development of amateur adult football clubs throughout the United States. The sport continued to catch on throughout the early parts of the 20th century, but it wasn't until 1920 that the American Professional Football Association was first organized.

The association would later change its name to the National Football League, or NFL. At first, the NFL (or the APFA, rather) only consisted of 14 teams. But football continued to grow throughout the 20th century, with new teams coming and going and the sport becoming a bigger and bigger cash cow. In 1959, a rival football association?called the American Football League?was established. On January 15th, 1967, the top teams from both divisions (the Green Bay Packers from the NFL and the Kansas City Chiefs from the AFL) played one another in the first AFL-NFL World Championship. The Packers won the championship, which was two years later renamed to its far more iconic designation: the Super Bowl.